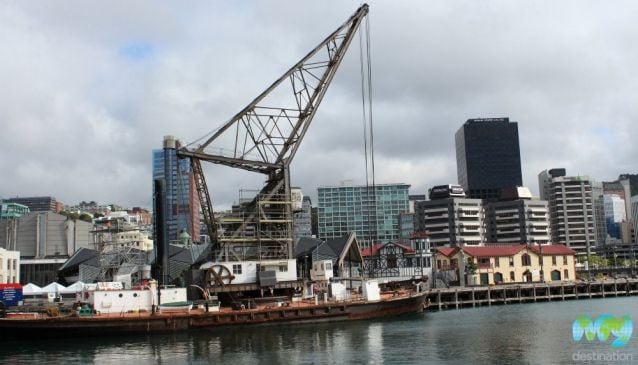 An icon on Wellington's waterfront, the Hikitia floating crane is considered  to be the world's oldest ship of this type still in operation today.

Weighing 926 tonnes, this floating crane was constructed in Scotland in 1926 and sailed under its own power with crane erected to New Zealand. The epic journey of the crane lasted 84 days. This is regarded as the longest  voyage of any such vessel.