A Guide To Wellington Walks

The Top 10 Walks In Wellington

Wellington is laced with fantastic walking tracks, many of which are accessible from the city centre, while others may require a short bus ride or drive.  Whether you're looking to escape the city for a few hours in the morning or, spend a whole day exploring the great outdoors, Wellington can deliver.

Here's our guide to the top 10 walks in Wellington.

This 30-40 minute walk takes you around the rocky shoreline hemmed in by steep, grassy hills. On a clear day, you'll be able to see all the way to the Kaikoura ranges on the South Island. Of course, the real attraction here is not the far away mountain view, but rather the eponymous red rocks that littler the coastline.

You'll know when you've reached them - the rocks are coloured by an unnatural-looking red pigment caused by iron oxide.  According to Maori legend though, the colouring is caused by blood falling from an explorer's hand when he was cut collecting paua on the rocks.

To get to the Red Rocks Reserve, drive along the southern coast to Owhiro Bay until the road ends at a parking lot.  The trail starts from here.  Alternatively, you can take the bus to Island Bay (number 1) and ride it to the last stop. 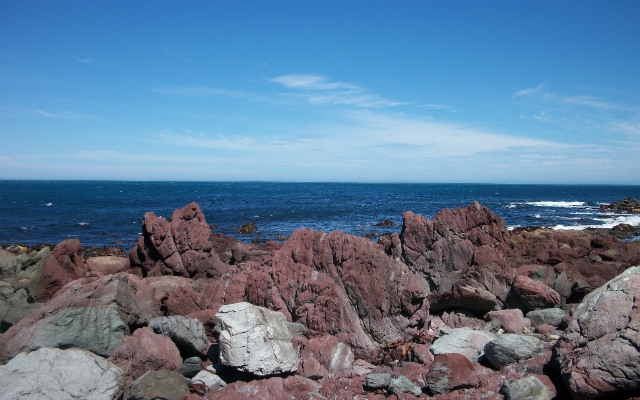 Wellington's Botanic Gardens is packed with meandering tracks that can take up as much time as you have to spend.  Either lose yourself among the trees and bushes, or grab a paper map and follow some of the suggested trails. This is an especially great place to walk with kids, as the impressive children's play area has a tendency to enthuse even the most reluctant walkers.

The Botanic Gardens are easy to walk to from downtown Wellington, though the trip is entirely uphill.  If that sounds unappealing, there is a cheap cable car that connects Lampton Quay to Upland Road at the top of the Gardens. 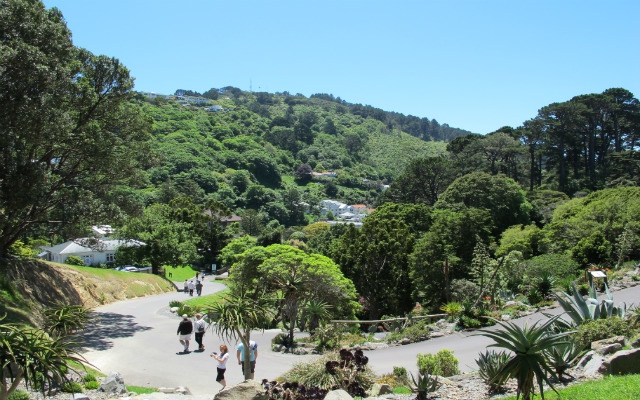 Easily boasting the best view in Wellington, Mount Victoria is also the site of a pleasant, 2.5 hour loop track. The loop is a skinny oblong shape, stretching from Charles Plimmer Park down to the suburb of Hataitai with great views of the harbour and Newtown along the way.

If you're keen to add a few steps to the trip, you can join the Summit Walkway near the northern end of the loop and hike all the way to the top of the hill for 360 degree vista of Wellington, the harbour and the southern coastline. From here, you can either walk back down or take the number 20 bus back down.

To get to the Mount Victoria Loop Track, just walk up to Charles Plimmer Park, at the top of Majoribanks Street. Since it's a loop, you'll end up back here - just a quick walk from downtown. 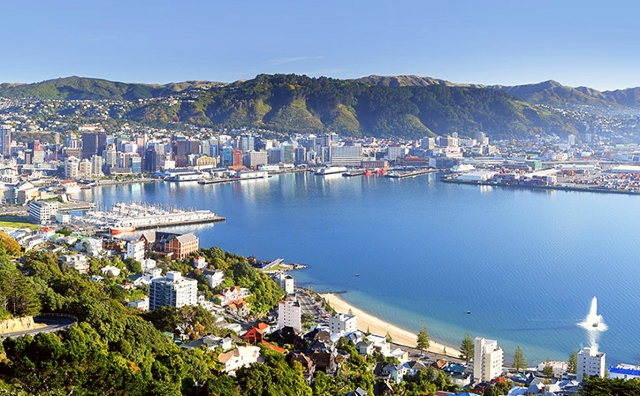 The Brooklyn wind turbine can be seen from almost anywhere in Wellington - it stands on top of a hill, catching the famous Wellington wind. The turbine was built as a test to see if wind energy would be viable for the country.  It was, and wind farms have since been built around the country. You can learn more about the wind turbine from an informational sign at the base.

In addition to being educational, the trip to the top offers some great views of Wellington and the suburbs.  From the base of the wind turbine, you can see the harbour connecting into the Cook Strait.

You can walk to the wind turbine (which has an informational sign at the base) via the Pohill Reserve Loop, starting in the suburb of Te Aro - you can walk here from downtown.  The trip there and back should take about two hours. 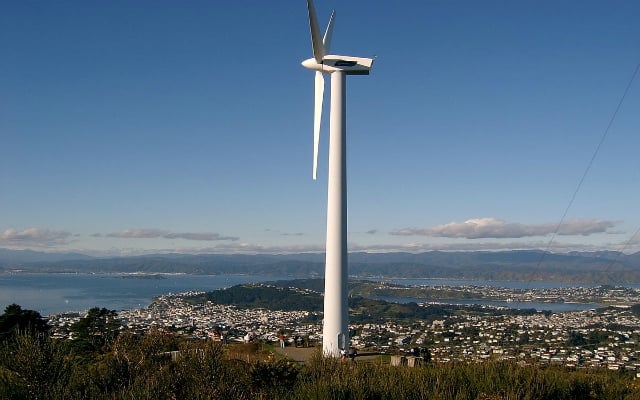 This trail is an opportunity to enjoy eye-catching views of Kapiti Island from high above the Kapiti Coastline.  The Escarpment Track runs from Paekakariki to Pukerua Bay.  Be warned though, the Escarpment Track is not for beginners.  Taking around four hours to cover the 10 kilometres route, you climb 220 metres above sea level, scale around 2,000 steep steps, navigate narrow pathways across ridgelines and traverse two swing bridges. 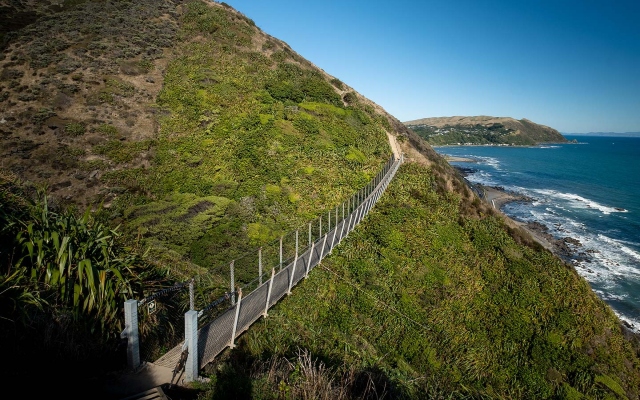 Matiu Somes Island is just a 20 minute ferry ride from Queens Wharf, on Wellington'a harbour waterfront, but once here you'll feel far away from the bustling city.  This pest-free island is a haven to many threatened native species thanks to the restoration work there.

Allow 2 to 3 hours to explore good quality tracks that provide access to most parts of this scientific and historic reserve.  Check out the buildings from the quarantine and internment camp days, wander around the anti-aircraft gun emplacements and storage bunkers or simply find yourself a hilltop perch to take in the views of Wellington harbour and ocean.  If you're lucky you might even spot a cruising pod of dolphins or a whale. Open daily. 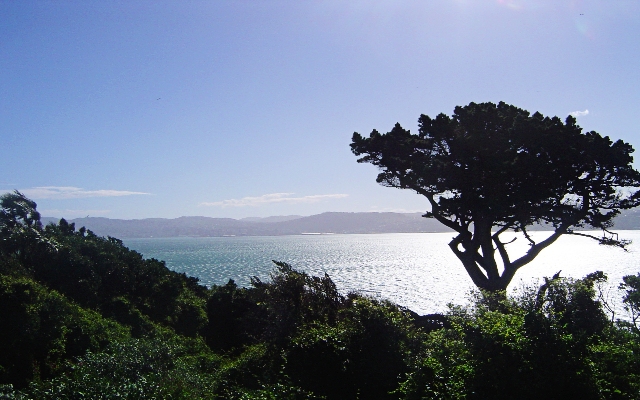 The 10.7km Southern Walkway begins from Oriental Parade, close to the town centre and follows through some of the capital's best loved parks and suburbs, all the way to Island Bay on the rugged South Coast.  You will pass by the sights of Oriental Bay then climb to the top of Mount Victoria via a famous Lord of the Rings film location before enjoying spectacular views from the summit lookout.  Then descend through Sinclair Park to The Esplanade, and continue alongside the coastline of Taputeranga Marine Reserve to end up in Island Bay.  You can also begin the walk from the other end at Island Bay and walk to Oriental Parade.

From Oriental Parade, look out for the track signs starting from the intersection of Oriental Parade and Carlton Gore Road.  From Island Bay, start the walk at Shorland Park. 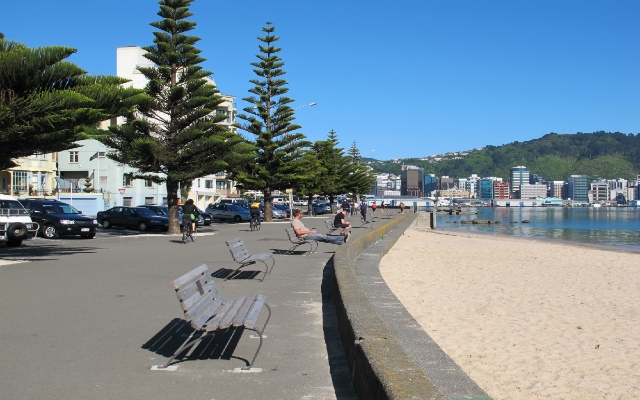 The Northern Walkway is a 13.3km track that takes around 4 to 5 hours to complete.  The walk provides lovely views of the city, harbour and surrounding mountains.  The track follows along Wellington's outer Green Belt, from Johnsonville to the Botanic Gardens via Te Ahumairangi Hill (Tinakori Hill), Trelissick Park and Mount Kaukau.

Along the way, you'll navigate hilly bush-clad terrain and discover abandoned railway tunnels and the city's oldest scenic reserve.  From the highest points of the track you'll be treated to 360-degree views from the Remutaka Ranges and back towards the city and the sea.  The track starts from either Truscott Avenue in Johnsonville or top of the Cable Car in Upland Road, Kelburn. 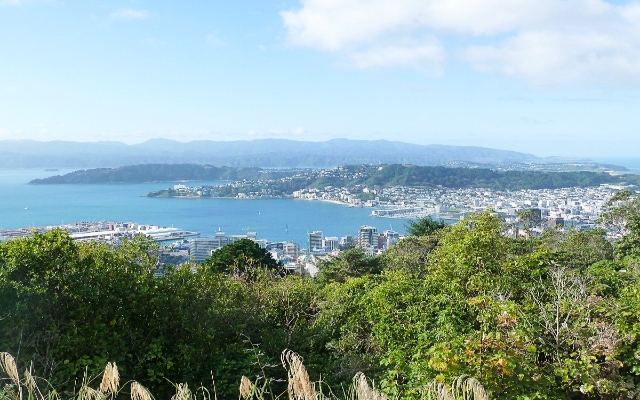 As the name suggests, this walk stretches from Wellington city all the way to the coast, taking 4 to 6 hours to complete. One end of the walk is near the parliament building - the track links downtown to the Botanic Gardens and then leads walkers into the Town Belt, a thick border of trees and bush that circles the city.  The trail runs along the hills and then back down at the southern coast, in the suburb of Island Bay.

The 14km track takes you past a good mix of nature and culture - from the historic cottages in Te Aro and the Cable Car Museum (it' free) to the tui flitting around in the town belt. You'll also catch great views of the land and sea along the way.

You can either start or finish the walk in the city centre. To get to and from the other end, take the number 1 bus to Island Bay.  It goes from the city centre to the southern coast, with impressive views of the Cook Strait and the South Island along the way. 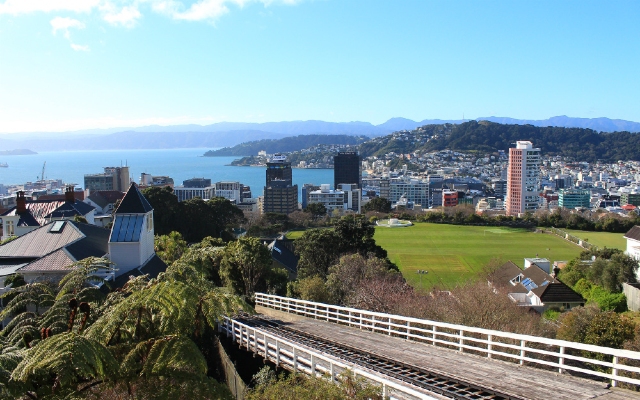 The Skyline Walkway is a 12 kilometre trek (plan to spend about 5 hours walking it) across the ridge between the Karori Ridge and Mount Kaukaka.  As you'd expect from something called the Skyline Walkway, the highlight of this walk is easily the view. If the weather's right, you'll be able to see mountain ranges stretching out in the north as well as the Marlborough Sounds and Kaikoura Ranges all the way on the South Island.

The easiest way to access this trail is to take the number 3 bus to Karori. There are a number of access tracks back to the city near the northern end.  No matter which you track you take, it shouldn't be hard to pick up a bus back to town. Be sure to check the weather before setting off on this one - the ridge is unprotected and if the weather' bad you'll feel the brunt of it. 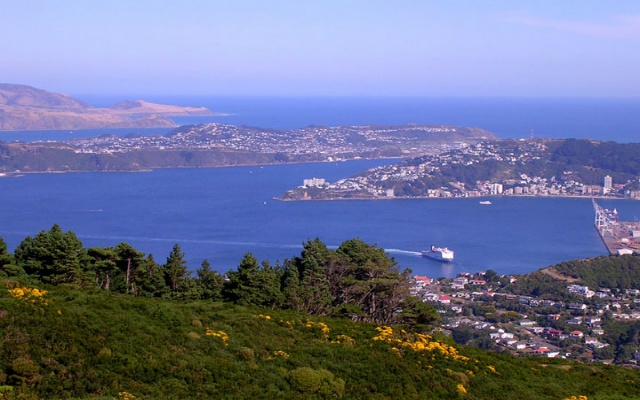 For more inspiration on great walks to experience, check out the Wellington Council walks page for a list of shorter walks that all begin close to the city centre.

Check our Wellington Experiences to find out the best activities and take advantage of the best prices.

If you need to hire a car, check our My Guide Car Rental Comparison Tool.