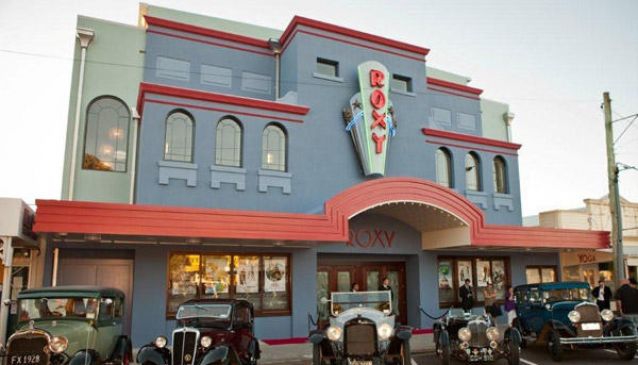 The Roxy Cinema was originally known as the 'Capitol', and screened silent films from 1928-1932, when 'talkies' arrived. The building was converted into a shopping mall in 1964, and then lay empty for a number of years. But a dedicated team of art lovers, including an Oscar-winning editor and several well known local business people then set about restoring the cinema to its original purpose. The picture house, now called 'The Roxy', re-opened its doors in April 2011.

There are two up-to-the-minute movie screens, showing a range of current titles and art house films. Look out for the incredible sepia ceiling mural in the Grand Lobby, created by Greg Broadmore. The world-famous WETA Workshop were responsible for much of the rest of the interior, which is a truly unique style space.

Car Hire with My Guide Wellington
Search, Compare, and Save up to 70%!

Car Hire with My Guide Wellington
Search, Compare, and Save up to 70%!