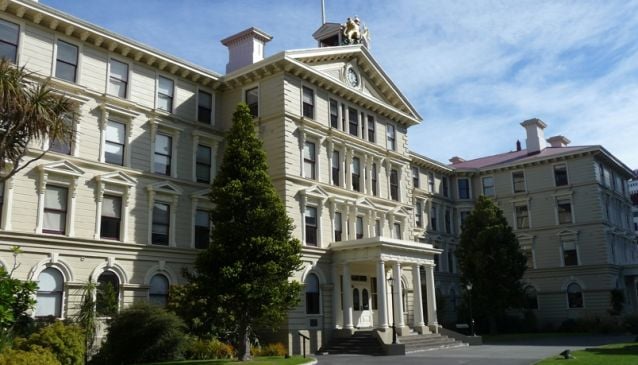 Built in 1876, the Government Buildings is a great example of New Zealand's architectural heritage and one of the finest wooden buildings of the world. It was constructed to house the country's public service after a change from local provincial governments to a central government.

The building was designed to look like an Italian palace, but was built of native timber because stone was deemed too expensive and the new government did not want to be seen as spending money unnecessarily. Now, government ministers are housed in the modern Beehive parliament building, and the Government Buildings is a historic reserve, managed by the Department of Conservation.

Visitors are able to view the displays on the ground floor and the Cabinet room on the first floor. Points of interest include the hanging staircases, the restored fireplaces, the original 1876 exterior clock and the statue of former Prime Minister Peter Fraser that stands at the entrance.

Please note some of the building is leased to Victoria University School of Law and is not open for visitors.